Looking at someone’s lips is good for listening in noisy environments because it helps our brains amplify the sounds we’re hearing in time with what we’re seeing, finds a new University College London (UCL)-led study, the school announced on its website.

The researchers say their findings, published in Neuron, could be relevant to people with hearing aids or cochlear implants, as they tend to struggle hearing conversations in noisy places like a pub or restaurant.

The researchers found that visual information is integrated with auditory information at an earlier, more basic level than previously believed, independent of any conscious or attention-driven processes. When information from the eyes and ears is temporally coherent, the auditory cortex —the part of the brain responsible for interpreting what we hear—boosts the relevant sounds that tie in with what we’re looking at.

“While the auditory cortex is focused on processing sounds, roughly a quarter of its neurons respond to light—we helped discover that a decade ago, and we’ve been trying to figure out why that’s the case ever since,” said the study’s lead author, Dr Jennifer Bizley, UCL Ear Institute.

In a 2015 study, she and her team found that people can pick apart two different sounds more easily if the one they’re trying to focus on happens in time with a visual cue. For this latest study, the researchers presented the same auditory and visual stimuli to ferrets while recording their neural activity. When one of the auditory streams changed in amplitude in conjunction with changes in luminance of the visual stimulus, more of the neurons in the auditory cortex reacted to that sound.

“Looking at someone when they’re speaking doesn’t just help us hear because of our ability to recognize lip movements—we’ve shown it’s beneficial at a lower level than that, as the timing of the movements aligned with the timing of the sounds tells our auditory neurons which sounds to represent more strongly. If you’re trying to pick someone’s voice out of background noise, that could be really helpful,” said Bizley.

The researchers say their findings could help develop training strategies for people with hearing loss, as they have had early success in helping people tap into their brain’s ability to link up sound and sight. The findings could also help hearing aid and cochlear implant manufacturers develop smarter ways to amplify sound by linking it to the person’s gaze direction.

The paper adds to evidence that people who are having trouble hearing should get their eyes tested as well.

The study was led by Bizley and PhD student Huriye Atilgan, UCL Ear Institute, alongside researchers from UCL, the University of Rochester, and the University of Washington, and was funded by Wellcome, the Royal Society; the Biotechnology and Biological Sciences Research Council (BBSRC); Action on Hearing Loss; the National Institutes of Health (NIH), and the Hearing Health Foundation. 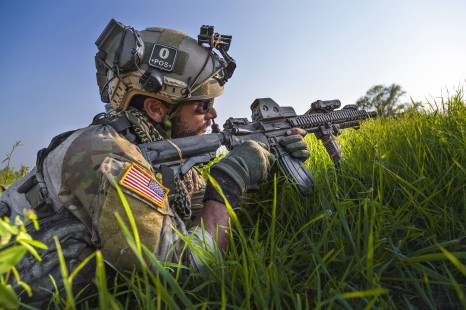 GN Store Nord has announced a “first of its kind, fully fledged hearing protection solution, enabling defense and security forces to hear more, do more, and be more.” With this advanced tactical hearing-protection solution, GN reports that it is leveraging unique leading competencies within intelligent audio solutions in both hearing aids and headsets to create an unparalleled noise management solution. The product will be manufactured at its Bloomington, Minn, facility where ReSound is also located.

The global market for military communication systems is estimated to be about $630 million, and features competitors such as Peltor (3M), INVISIO, Silynx, Racal Acoustics, and MSA Sordin, according to long-time hearing industry analyst Niels Granholm-Leth of Carnegie Investment Bank in Copenhagen.  GN has embarked on several projects in its GN Stratcom organization, which is currently part of GN Hearing, although the company could eventually establish it as a stand-alone division alongside its Hearing (ReSound, Beltone, and Interton) and Headset divisions (Jabra).

The new patented hearing protection solution is designed specifically for defense and security forces. GN says the solution offers the user a communication headset which is designed to be comfortable, highly durable, and protects the user against high volume noise. At the same time, by leveraging GN’s expertise within situational awareness, the solution allows its user to clearly identify important sound in 360°. 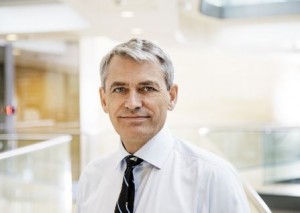 “The GN Group encompasses consumer, professional, and medical grade hearing technology under the same roof,” says CEO of GN Hearing, Anders Hedegaard. “This unique platform makes it possible to expand GN’s business into adjacent opportunities within the sound space. With our user-centric approach we aim to be the leader in intelligent audio solutions to transform lives through the power of sound.”

GN will be starting to build a small, swift group related to this new business opportunity. This year, GN will participate in military tenders in the United States and with other NATO-countries. The new product line will, under the name GN FalCom, include:

The  hearing protection solution builds on GN’s expertise in sound processing from both GN Hearing and GN Audio—and across R&D teams in the United States and Denmark. It is a successful result of corporate level investments made through GN’s Strategy Committee guided initiatives to explore opportunities outside of, but related to, GN’s existing business areas. According to the company, the hearing protection solution will be manufactured at GN’s existing production facilities in Bloomington, Minn, and will not impact GN’s financial guidance for 2018.