If you are in need of earwax removal then look no further than Stephen Neal the earwax removal specialist. Based at his Keynsham practice he covers from Bath & Bristol, to further afield such as Chippenham, Corsham, Devizes and beyond. For the very latest gentle Microsuction technique to the traditional water irrigation, Stephen Neal can help you keep your ears clear from ear wax.  https://stephenneal.co.uk/microsuction-wax-removal/

Along with earwax removal Stephen Neal is a fully qualified top audiologist and dispenses the very latest digital hearing aids that will work with all types of mobile phones including the iPhone X.

Researchers Identify New Type of Vertigo, According to Study Published in ‘Neurology’ 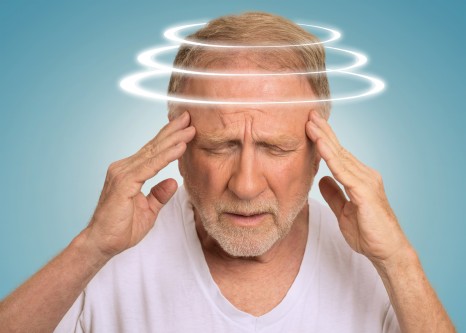 Neurologists have identified a new type of vertigo with no known cause, according to a study published in the May 23, 2018 online issue of Neurology, the medical journal of the American Academy of Neurology(AAN), the AAN announced on its website.

With vertigo, people have episodes of dizziness that can last from minutes to days. Vertigo can be caused by serious conditions, such as tumors, or conditions that are fairly benign, such the inner ear disorder Meniere’s disease. But for some people, no cause can be found.

In this new study, neurologists have identified a new type of vertigo where treatment may be effective.

“These conditions can be difficult to diagnose and quite debilitating for people, so it’s exciting to be able to discover this new diagnosis of a condition that may respond to treatment,” said study author Ji-Soo Kim, MD, PhD, of Seoul National University in Seongnam, South Korea.

To diagnose this new condition, the person sits in a dark room and the examiner moves the patient’s head forward and then the head is shaken horizontally for about 15 seconds. Then the patient opens his or her eyes and a video recording is taken of eye movements. The neurologists discovered that after the test, people with this new condition had eye movements called nystagmus that lasted longer than for other people. The new condition is called recurrent spontaneous vertigo with head-shaking nystagmus.

Among 338 people with vertigo with no known cause, 35 had this new condition and were included in the study. The participants had attacks of vertigo ranging from two or three times a week to once a year. They also experienced nausea or vomiting, headaches, and intolerance of head motions during the attacks.

The neurologists also found that people with the new type of vertigo were more likely to have severe motion sickness than those with other types of vertigo.

A total of 20 of the 35 people with the new type of vertigo who had frequent attacks and severe symptoms were given preventive medication. About one-third of those had partial or complete recovery with the new medication. During the long-term follow-up of an average of 12 years after the first symptoms for 31 participants, five reported no more attacks, 14 said their symptoms had improved, and only one said symptoms had gotten worse.

Kim said that people with this condition may have a hyperactive mechanism in their vestibular system that helps the brain respond to movement of the body and in the environment.

“It’s possible that the vertigo occurs when this unstable mechanism is disrupted by factors either within the person’s body or in their environment,” Kim said.

The study was supported by the National Research Foundation of Korea. Learn more about the brain at www.BrainandLife.org, the American Academy of Neurology’s free patient and caregiver magazine and website focused on the intersection of neurologic disease and brain health. Follow Brain & Life on Facebook, Twitter, and Instagram.

The American Academy of Neurology is said to be the world’s largest association of neurologists and neuroscience professionals, with 34,000 members. The AAN is dedicated to promoting the highest quality patient-centered neurologic care. A neurologist is a doctor with specialized training in diagnosing, treating and managing disorders of the brain and nervous system such as Alzheimer’s disease, stroke, migraine, multiple sclerosis, concussion, Parkinson’s disease, and epilepsy. 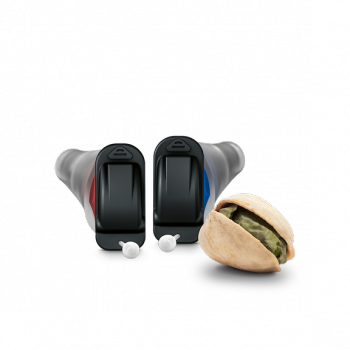 Audiology technology company Signia announced its latest innovation, the new Silk Nx hearing aids. Re-engineered to be 20% smaller than its predecessor, these ready-to-wear, completely-in-canal (CIC) devices now include key features of Signia’s Nx hearing aid technology that are designed to deliver the most natural hearing experience. 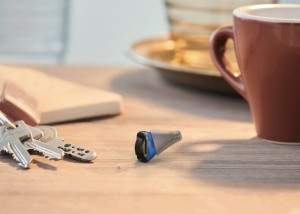 With the new Silk Nx solutions, hearing aid wearers do not have to sacrifice size for performance in their hearing aids. Despite having designed the already small Silk hearing aids to be even tinier with this new release, they are also more powerful than ever. The result is what Signia calls a “discreet, instant-fit hearing solution with the highest level of sound quality.”

Many hearing aid wearers, and especially those being fit for the first time, are insecure about others seeing their hearing aids. The  Silk Nx were redesigned to be 20% smaller than previous models, according to Signia. As a result, they are designed for an improved fit rate and wearing comfort. They also feature darker faceplate colors that are designed to better blend into the ear canal and further decrease visibility.

Built upon Signia’s Nx technology platform, the new Silk is designed to provides wearers with the “most natural” hearing experience, according to the company. And Signia’s binaural beamforming technology is designed to allow clear speech understanding, even in noisy situations. Silk Nx hearing aids are also said to enable natural directionality and wireless streaming between both ears to make sure wearers hear what’s most important. 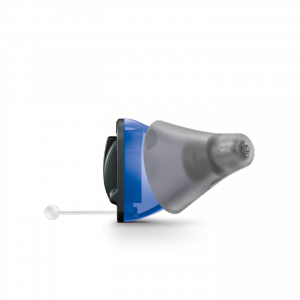 Silk hearing aids come ready-to-wear, with a secure fit for almost every ear. This is due to their super-soft and flexible silicone Click Sleeves, which are designed for a higher fit rate and are more durable than previous solutions.

The latest release also includes new features like TwinPhone, enabling wearers to put a phone up to one ear and hear the call through both hearing aids. They also represent what is said to be the “world’s first CIC solution” for single-sided deafness. With contralateral routing of signal (CROS) technology, Silk Nx hearing aids include wireless transmitters that transfer sound from the unaidable ear to the better ear, enabling the wearer to hear from both sides. Wearers also benefit from Signia’s apps, including the touchControl™ App and TeleCare™ 3.0, to provide greater control and convenience.